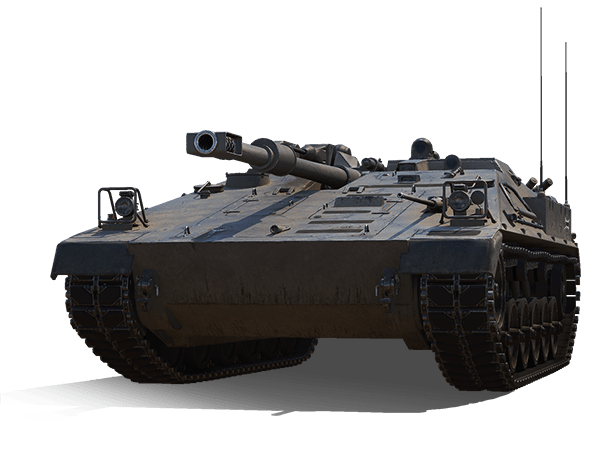 — In the mid-1960s, under the influence of the Swedish Strv S, West Germany started working on turretless vehicles. One of the projects was named the Projekt 07 HK. German engineers took the gun outside, and the suspension allowed the vehicle to incline its hull and increase the gun depression angles. As additional armaments, two 20 mm automatic guns were provided. The distinctive features of the vehicle were the crew capsule and cameras for a better view range. No prototypes were built.

A German tank destroyer with Siege mode. The distinctive feature is its well-sloped frontal armor. The additional protection not only increases the survivability of the vehicle, but it also makes it more versatile in battle.

Siege mode and a low silhouette